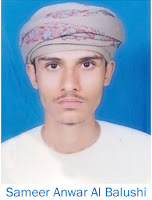 Al Saleh revised Omani Staff salaries and hike was hefty, a communique issued from corporate office recently. It is elaborated that, for the first time, Omani staff have seen robust hike in their gross emolument. Approx 38% salary increase was awarded to Omani executives, and similar hike was also given for other Omanis employed in the organization at various designated position. Staffs in Al Saleh were overwhelmed with the revision and expressed their gratitude with the bottom of the heart, as our reporter was amongst them with their joy.

Omanese exchanging their views stating boost in the salary has given them fresh hope and remembered that honesty and hard-work has been duly rewarded at Al Saleh as admitted by an Omani. Another Omani Staff – Mr Sameer Anwar Mohamed Khal Al-Balushi, going on to say on record that at the moment package given in the organization is much attractive thus we can lead life with much of ease. They have now geared up and looking out for their sub-ordinates to recruit in the top lighting organization. This is a significant move by Al Saleh Management under the current situation and it would go a long way in strengthening social behavior of the staff and at the same time management staff relationship would flourish beyond its expected level. Al Saleh considers its employees as the best assets of the company and is proud of their contribution to its growth and success. Al Saleh has promoted Omanization as a symbol of the national economy.